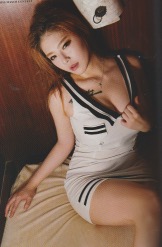 It seems that Korean girls are extremely popular these days, with several websites going in to great detail about how they make the best girlfriends. I know that men are easily attracted to good looking women, but physical attraction will only get you so far. I’m not going to argue with most of the claims made about Korean women,  but I am going to point out a few things that you need to be aware of.

Mostly, Korean girls women will expect you to pay for things (although not always) and this is the number one complaint Korean men have about them. It’s fine to pay for the first few dates but when you have been going out for several months and you are still paying for dinner, the movies,… not so much.  Admittedly this is not limited only to Korean girls, but I have heard enough to make me think that it’s prevalent. It is however an entrenched part of Korean culture that men are expected to take care f women and for some men this is all part of the baggage that comes from having a girlfriend.

Don’t think that you can have contact with other women and date Korean women. It just won’t happen that way. Korean women, can be, and are, very possessive and will not like you to spend time with women besides them. I enjoy being a friends with women and I would’t want to give this up if I was in a relationship. I don’t understand why other women are meant to become invisible the minute you are in a relationship. Unfortunately many Korean women are not so understanding and will look unfavourably on any other women you are seeing.

Have you noticed how many Koreans are Christian? This can mean that a lot of normal things (casual sex, one-night stands) are considered taboo. Try getting a date on Sunday and you will see what I mean. I think that this is the single biggest barrier to dating Korean women (besides obvious cultural and language differences). But you might be ok with it, or you might be religious yourself.

I know a lot of foreign guys who end up getting married to Korean women. I hope they are successful but we all know the statistics on marriage.

As well as this, you have the fact that many older Koreans are often opposed to the idea of interracial relationships. And Korean men can act downright retarded when they see a foreigner with one of their women.

Lastly, a growing number of Korean women are becoming so concerned with their physical appearance that they are all but oblivious to the world around them. That will make it difficult to talk to them and get anything going. Do you want to be with someone who is preening into a mobile phone camera every five minutes?

If you want a girl who has all of the good points of Korean women but none of the drawbacks, try a Japanese girl. They are less religious, and don’t mind paying for things. I’m not sure if they are more adventurous when it comes to sex but Japan does produce a lot of porn so that’s a good start. Many Korean men say they would prefer to date a Japanese lady because they are much more focused on making the man happy. It’s just my opinion, but while the world is going crazy for Korean women, the girls from Japan should definitely not be overlooked.

The author has dated and is friends with women from Japan and Korea. These are just his personal opinions and should not be interpreted as general statements on women from either countries.