Although these films were released at a distance of 10 years, and are stylistically radically different, they both in fact go some way towards an in depth study of the American man. In my opinion, they are the closest we have to getting a real look at how men act and think, these two films have gone further than any other film in doing this. 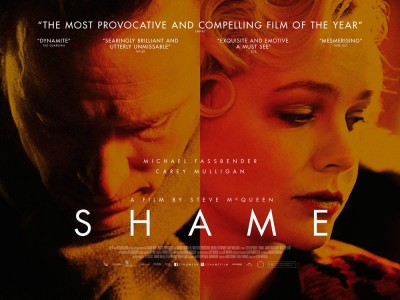 American Psycho had a long history of controversy before it was adapted as a film. Already the target of feminists and Christian groups, there was shock and surprise when it looked as though Leonardo Di Caprio was to star in Oliver stone’s film of the book. That never happened. Instead, Christian Bale was bought in to play the role of wall Street trader Patrick Bateman. Perhaps the role was too controversial for any mainstream actor to risk, although I can picture Tom Cruise as having possibly the right combination of vacuity and good looks to have been able to have done a good job. In the book Bateman is seen as a completely self absorbed person, unable to relate to any body except in terms of how he can exploit them.

Told in the first person, the book only gives us Bateman’s perspective and we are left with less doubt as to whether these terrible events described in graphic detail have actually occured, In the film, we are able to see alternate viewpoints and it is in fact less clear as to whether we can trust what we see on screen. Like the film, the book ends without a clear resolution. Bateman is at a restaurant with his colleagues. In the previous scene he has just confessed to his lawyer the murders of several prostitutes, homeless people, and Paul Allen. In the next scene, this is contradicted.  He is dismissed by a business associate as having left the message on his answer phone as a prank. As for Paul Allen, he was not murdered with an axe, but was seen in London a few days ago. The film thus suggests that all the murders and violence were played out in Bateman’s mind, fantasies of power which he wished to hold over people. Now, perhaps this is a satire of the politics of Ronald Reagan and the Iran Contra Affair. But I don’t think this was Bret Easton Ellis’ original idea.

Lets take a good look at the scene where Bateman murders Paul Allen. They have met at Texarcana,  a deeply unfashionable restaurant which Bateman booked after he was unable to reserve a table at the coveted Dorsia (a fictional restaurant, although other restaurants mentioned are Nells and Odeon were popular restaurants in the day and mentioned throughout the novel). Paul Allen complains that they should have gone to Dorsia, which Bateman refutes ‘nobody goes there’. In other words, Bateman is desperately uncool and out of his league next to the more successful, therefore more attractive Paul Allen. It wasn’t made so clear in the book how uncool Bateman was, but Christian Bale plays him as a complete jerk. It is therefore easier to laugh at him rather than to fear him.

Now, how about Brandon in Shame? He isn’t anywhere near the monster that Bateman was. For a start he is nice to people, opening doors for women outside his office building, and he doesn’t kill people. Still, there is something very cold and sinister about him. The film’s masterful opening sequence intercuts slowed down scenes of him staring trance like at a female passenger on a subway train, walking naked to the bathroom in his bare apartment, shot full frontal, the film shows Fassbender at his most naked physically and emotionally. What are we to make of all this? Its very much in a European arthouse style. There is no dialogue for the first two minutes or so. stylistically we are a million miles from the stylised eighties gloss of American Pyscho. Its worth mentioning that teh director of Shame won the Turner Prize in 2008 before directing his first film Hunger, about the IRA dissident Bobby Sands.

Straight away the film lets us know that there is something deeply disturbing about Brandon. Its there on the train, when he can’t accept that the female passenger has got away from him. Still, the film shows behaviour that I would not consider extreme, and which I would say is far more common among men than people believe.

Brandon is a man with an insatiable lust for women. No, he is obssessed with sleeping with women. he is inacpable of having any lasting intimacy with a woman, his longest relationship lasted for three months. He is what some women might euphemistically call a committment phobe. In fact he is totally committed to pursuing his goal, and that appears to have sex with as many women as possible. Patrick Bateman was in a relationship with Evelyn, played by Reese Witherspoon. The fact that Brandon refuses any kind of long term relationship makes him unique as a male lead, and I would say, not since Richard Gere as the American Gigolo has a main character in a movie been so against love and committment. Yet as we see, Bramdon is a man totally confident, able to attract women in bars without any pick-up lines or attempts to impress them. quite why he is so opposed to relationships with women we are not sure. The woman who gets closest to him is his sister Sissy (Carey Mulligan) who comes to stay for an indefinite length of time. The one woman then he cannot turn away, because Brandon has a sense of decency, and even throws away his porn-clogged laptop, but the sex addicted Brandon remains. Troublingly, Brendan’s nighttime rendezvous in the streets lead him to the kind of dives Bateman would not be seen dead in. There is nowhere too insalubrious that Brandon will not go to, he even visits a gay club and has oral sex in a toilet. Not a sign of homosexuality but the sign of man desperate for any physical contact. Whilst most of these sexual encounters he has are grimly routine, there is one rather beautiful scene towards the end where Brandon has a threesome with two escorts and attains some pleasure, thank god.

In both films restaurants play a big part. For Batemen, going to the right restaurants is proof that he is a better person. Such status comes from not doing anything for others or through work but merely by eating the very best food in the chicest establishments. No wonder his favourite magazine is GQ. For Brandon, they serve as way stations between meeting and having sex, which he knows will happen before he has ordered his entree. There are endless descriptions of food in american Psycho declaimed by Christian Bale in a portentous diction as though he were dictating copy for the NY Times.

Bateman listens to MOR: Genesis, Whitney Houston and Huey Lewis and the News. A true hipster would have preferred Talking Heads or New Order, though his outre music taste is one of the many objectionable parts of his character. Brandon listens to classical music at home (see above) and knows about jazz, even going to hear Cissy sing a slo-moed New York New York in a wine bar, but this lovely languid divertissement is broken by Brandon’s oafish boss who to our relief is dissuaded from going on a date with her. At an upscale bar Genius of Love is playing, the song was used in the film of American Psycho. Concidence or not, these films do stand comparisons, and it would be fascinating to watch them as a double bill.

Is Brandon a sex addict, or is he simply the same as all men, but less able to have commitment? Most men, would have more sexual experiences of the kind Brandon engages in but the sad thing is they will probably never have the chance.