Why? After the knockout success of Silver Linings, I’m  thrilled that O Russel is making another film with Jennifer Lawrence and De Niro.

Set in 1970’s, its about a true-life con-artist forced to inform on impoverished mayor of Camden, New Jersey.

Why? the film is about fame obsessed women who use the internet to locate and burgle the homes of celebrities, and then sell what they steal. Its been filmed once as a made for TV movie. Coppola makes every film she makes totally fresh and interesting. 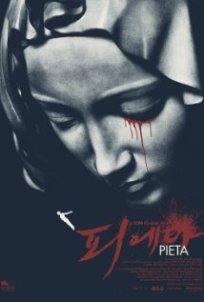 Ki Duk makes some of the most artistic and painterly films around. Recently an actress nearly died while making Breath (the director reflected on the experience in the documentary Arang). Luckily he hasn’t been stoppped making more movies. Pieta won the Golden Lion at Venice last year.

A loan shark is forced to rethink his violent lifestyle with the arrival of a mysterious stranger claiming to be his mother.

When? No release set

Why: Its a dream for Scorsese: the mob, corruption and Wall Street.

2 thoughts on “Some upcoming movies I am very excited about”